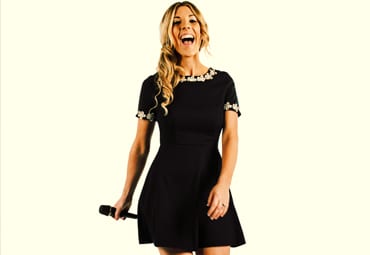 Clara Wilson
is a singer who studied Music and Theology at Queen's University Belfast and has since been working as a vocal tutor and soloist firmly establishing herself as one of Northern Irelands leading Sopranos. Having performed as soloist in many main venues such as the Ulster Hall, Waterfront, Belfast's Opera House and singing on radio and RTE television, Clara enjoys performing music for all occasions.
From the classical scene, Clara obtained an award for "Outstanding Performance of the Year" for her diploma with the London College of Music and her Musical Theatre skills took her to the last 50 in the BBC's "How Do You Solve a Problem Like Maria?"